Just stuck some films on to fill a gap…

More stuff may be added as the night goes on.

Just some music and visuals for a little bit… Feel free to take over after, if anyone’s keen to stream. 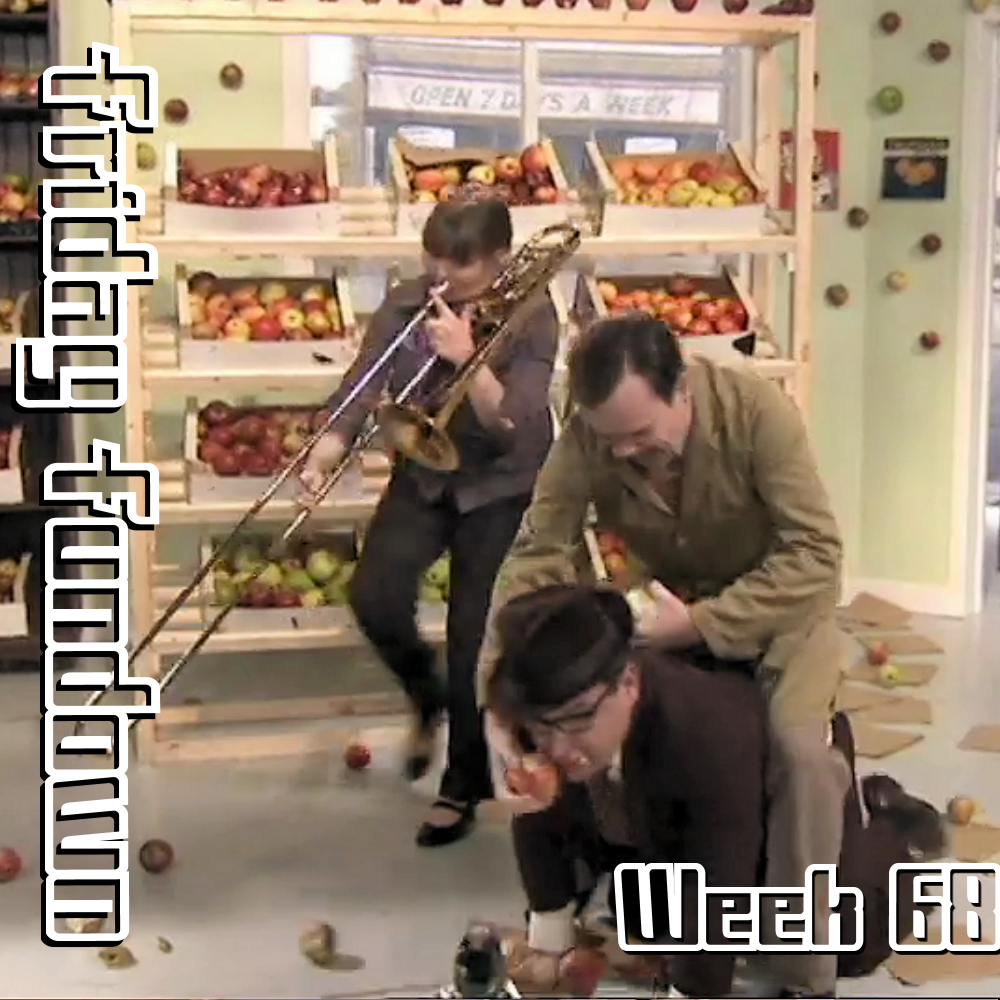 Australian Gladiators – this seems to be from the master videos as illustrated by the pre-tx run in. it also had massive gaps where the adverts were. I was going to fill these with parody adverts, but decided instead to stick some ads in from a different country each week. This week its Fiji, with a guest ad from Samoa (and the parody one from australia from when i filled the first break)

Series 2 of Don’t Log Off and Series 2 of I think i’ve got a problem both finish today. Don’t Log Off starts its 3rd series next week, and we’ll pick up where we left off with Mitch Benn’s Crimes against music next week. Moral Orel is coming to an end shortly. next time i’m in on a saturday we’ll definitely be running a marathon before the main schedule The Old Men At The Zoo has 2 episodes left after tonight – Got the Aphrodite Inheritance lined up next in the miniseries slot. I’ve heard good things about it but never got round to watching it. Return to Eden is scheduled after that, unless something more interesting comes along in the meantime 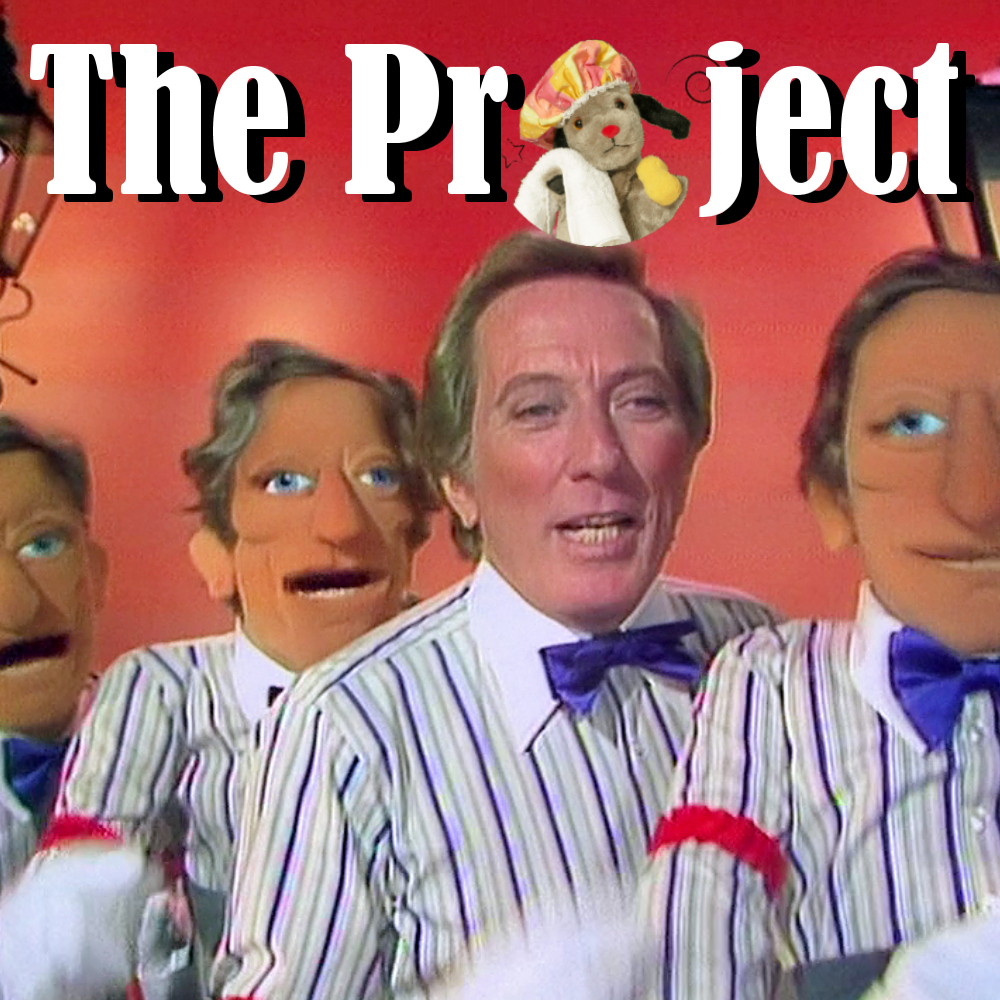 Malcolm In The Middle

King Of The Hill 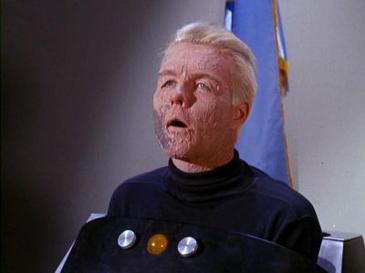 18:05 – The Tomorrow People S01E10 – The Vanishing Earth (Part 1/4) – The classic 1970s ITV children’s series about a group of teens with paranormal abilities, who use their special gifts to battle evil. This week, the Tomorrow People investigate a series of natural disasters which are threatening the entire planet. Meanwhile, Ginge and Lefty take a day trip to Clacton and encounter a sinister pier attraction.  First broadcast on Mon 9th July 1973 by ITV.

18:27 – Shadows S01E02 – After School – a British supernatural television anthology series produced by Thames Television for ITV between 1975 and 1978. This week, two school boys get locked in their football coach’s office after hours. When they pass time by filling out a class questionnaire, something tries to contact them by making them write identical answers to the questions. First broadcast on Wed 10th Sept 1975 by ITV. With a guest appearance by a pre-Blake’s Seven Gareth Thomas. Also, one of the lads, Rhys Powys, looks incredibly familiar, but his only other IMDb acting credit is for How Green Was My Valley, which I don’t think I saw. I’m pretty sure he was in a big advertising campaign at the time (Birds Eye?), and/or maybe he starred in a PIF. Any ideas?

18:50 – Star Trek (The Original Series) – S01E11 – The Menagerie (Part 1) – This week, Spock abducts his wheelchair-bound former commander Christopher Pike, locks the Enterprise on a course to the forbidden planet Talos IV, and turns himself in for court-martial where he presents an elaborate story explaining his actions. The two-part story was positively received and won a Hugo Award for Best Dramatic Presentation. First broadcast in the USA on Thu 17th Nov 1966 by NBC.

19:40 – …And Mother Makes Three – S02E05 – Once a Year Day – More gentle middle-class Thames sitcom, starring Wendy Craig as the newly-widowed Sally Harrison, doing her best to bring up her two boisterous sons, Simon and Peter. This week, Sally tells Auntie that the boys don’t need reminding about her birthday, a promise from Simon leaves her looking forward to an Italian meal, and talk about going to the cinema leads to a number of rather blatant hints.  First broadcast on Thu 30th Dec 1971 by ITV.

20:03 – Brass – S01E09 – More Granada-made northern-drama-satirising comedy, starring Timothy West. This week, Morris is ashamed at Lady P’s affair with Matt and so decides to shoot himself but instead takes it out on Hesketh, his bear. Bradley and Austin discuss the fate of George and the SBD sugar lumps. Dr McDuff uses a stomach pump to get the SBD out of George and finds lots of strange things that George has been swallowing. First broadcast on Mon 18th Apr 1983 by ITV.

20:29 – Van der Valk – S02E06 – Rich Man, Poor Man – More Thames-made Amsterdam-based crime drama, starring Barry Foster.  This week, an explosion almost kills a worker at a tractor factory, and a poor immigrant barber is bludgeoned to death in a luxury apartment that he shouldn’t have been able to afford. Van der Valk looks for a link between the two apparently unrelated crimes. First broadcast on Wed 3rd Oct 1973 by ITV.

21:19 – Get Lost! E02/04 – The Vicar Did It – A four-part drama by Alan Plater, starring Alun Armstrong as Neville Keaton and Bridget Turner as Judy Threadgold. This week, with some bits of wire and a radio phone-in programme, Judy and Neville find their way to a vicarage with no vicar. First broadcast on Fri 19th June 1981 by ITV.

22:39 – The Hitchhiker’s Guide to the Galaxy (Original Radio Series) – Fit the Twelfth – The fifth and final episode of the then-five-episode second series that went out stripped across a single week in Jan 1980, and the last episode for 24 years. Original Radio Times listing: “Fit the fifth: In which all is resolved, everyone lives happily ever after and pigs fly.“ First broadcast on Fri 25th Jan 1980 at 10.30pm by BBC Radio 4. This is not the version as originally broadcast, which was completed with just 20 minutes to go before transmission and was biked across London to be spooled up just in time. Instead, it’s the re-edited version that was used for subsequent broadcasts and on the CD. Details of the differences can be found on the excellent – and very hard to find – blog page here: https://www.jwhitham.org/magrathea/ep12.html

23:07 – COMMENTARY TRACK VERSION of The Tomorrow People S01E06 – The Medusa Strain (Part 1/4) – More interesting, amusing and sometimes scandalous DVD commentary featuring Nicholas Young (John), Peter Vaughan-Clarke (Stephen) and Philip Gilbert (TIM), moderated by Nicholas Briggs. To recap: this is the classic 1970s ITV children’s series about a group of teens with paranormal abilities, who use their special gifts to battle evil. This week, after floating in space for nearly five-and-a-half centuries, Jedikiah is recovered from space by Count Rabowski, who is already holding prisoner Peter, a young telepath who is one of the Time Guardians. Jedikiah tricks Peter into transporting them to the 20th century so he can get his revenge on the Tomorrow People. Featuring Dave Prowse as an android. First broadcast by ITV on Mon 11th June 1973.  DVD Commentary recorded c. 2002.

Seeing as the schedule seems to be running unexpectedly short this week (most shows are a minute or two shorter than usual, by a bizarre coincidence), here’s some bonus content:

23:32 – SHORT FILM: The Red Balloon (1956) – the famous French fantasy comedy-drama featurette written, produced, and directed by Albert Lamorisse, starring his son, Pascal, and also featuring his daughter, Sabine. It follows the adventures of a young boy who one day finds a sentient, mute, red balloon, and was filmed in the Ménilmontant neighbourhood of Paris. 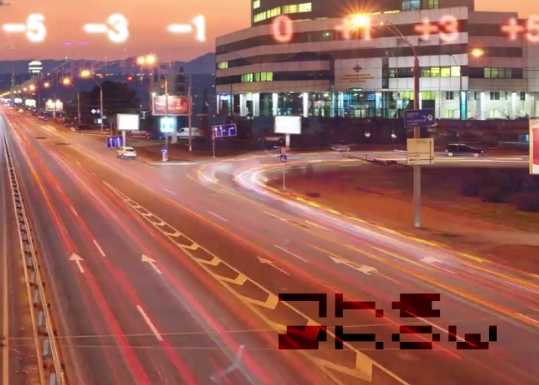 Lie down with a cool drink as the Show serves up more semi-regular semi-usual semi-entertainment.

16:40 – Bad Influence! \ Continuing the protracted vacillation on whether to save up for a 3DO, a Jaguar, a CD32, or a new lavatory.

17:35 – Red Dwarf – The End – The Original Assembly (with commentary) \ The first episode of RD mostly consisted of re-shot scenes to improve it. Here we have episode 1 assembled from the initial recording session, with flat scenes performed to a comatose audience. To make it more jocular, writers Rob Grant and Doug Naylor commentate on it and talk about their struggles in the show’s early days.

18:10 – The Smell Of Reeves And Mortimer \ Another episode of R&M’s first BBC show, in the expanded 35-minute form found on the long-deleted VHS releases.

18:50 – True Spies \ Probing 2002 BBC documentary series. Episode 2 focuses on the UK surveillance deployed against perceived subversion in the 70s and 80s, including enemies of the Thatcher administration.

20:00 – TV Heaven, Telly Hell \ Johnny Vaughan takes Sean Lock through some of his favourite and least favourite TV. Probable moments of laddism but I can’t be arsed to expunge everything just to avoid Mavis Riley style noises.

20:25 – The Thick Of It \ Hour-long special of the ace political comedy. The Rise of the Nutters – power struggles and loyalties boil over in the secretive run-up to the PM’s exit from office.

21:25 – Nicholas Craig – The Naked Actor \ Following on from the first episode shown on Friday’s Late Zone. Nicholas Craig (Nigel Planer) clues up the gen. pub. on how bloody hard it is to be an actor. Marvellous precision satire on acting pomposity.

21:45 – FILM: The Space Invaders: In Search of Lost Time (2012) \ Pleasant and warm documentary following the people who keep old arcade machines alive, and ruminates on the culture of the classic arcades.

23:10 – CAB TV mix \ To celebrate the 20th the Show, here’s another airing of the mix I made specially for the Show #1 back in May 2020, this time accompanied by a wander around my home town.

Bonus music and frippery throughout. Thanks to Sheepy for vacating the Monday slot. 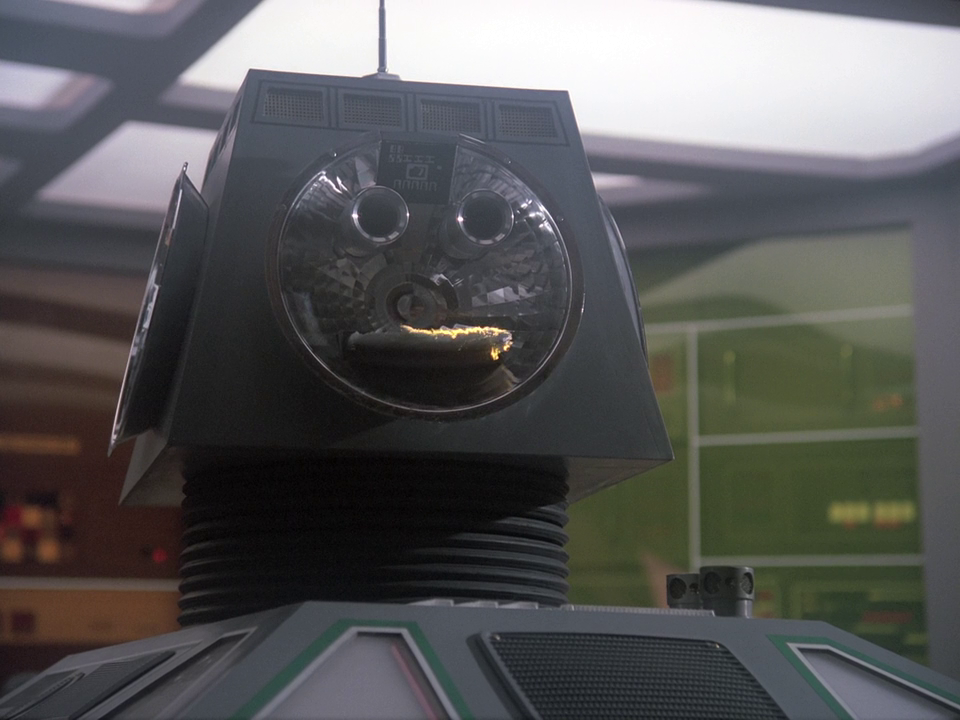 Love Is Everything, Betting Their Lives On Elopement (07/24)

Squalor is at large in tidy suburbia

Comedy set during the Korean War.

After dark dalliances with Jarvis Cocker

Too Old To Rock N’ Roll, Too Young To Die 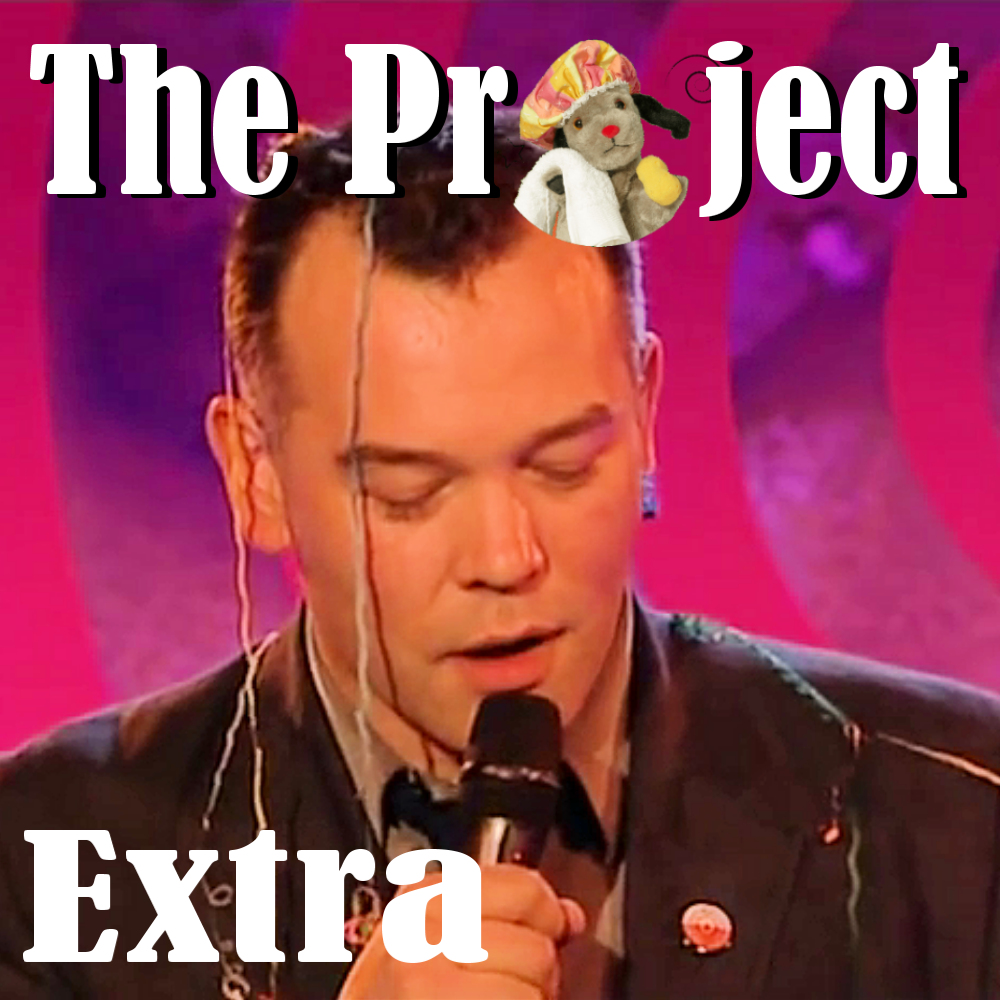 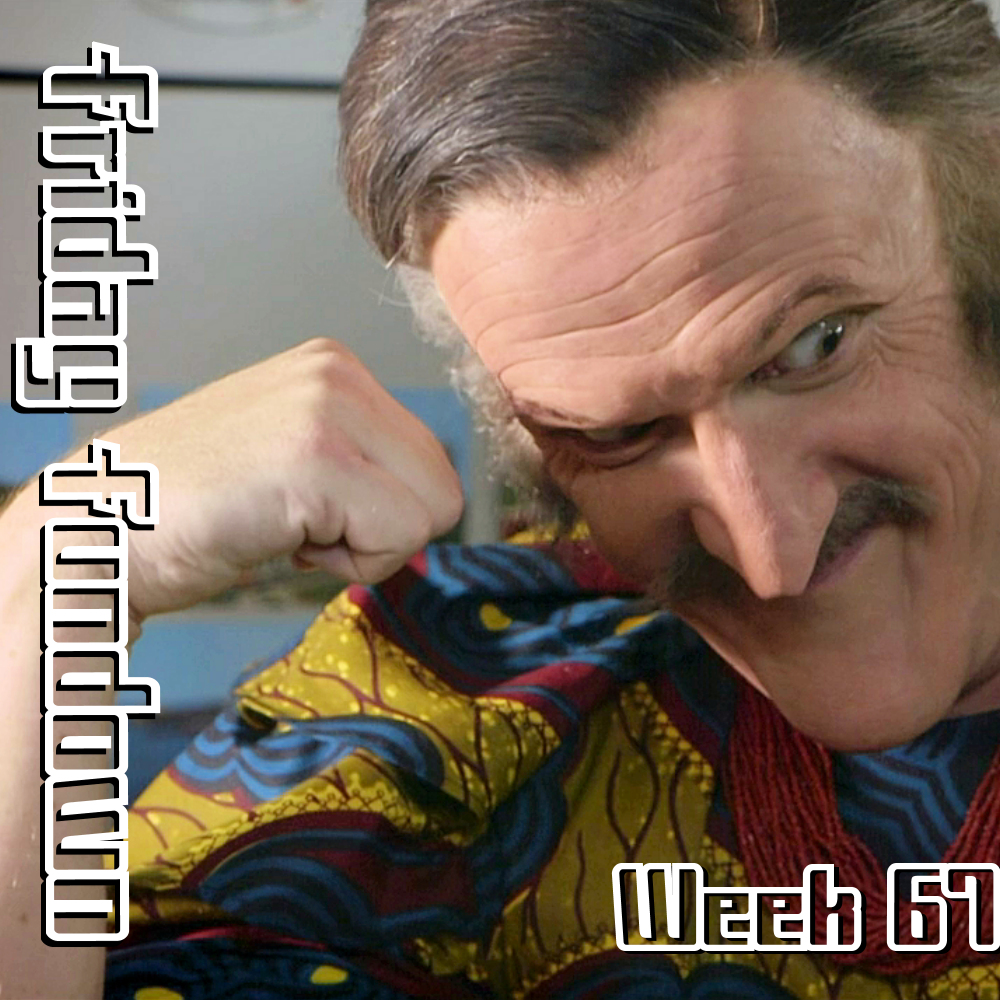